The Cape Cobra is Africa's most venomous cobra and is extremely dangerous.

Adult colouration is extremely variable, ranging from yellow to black. Some individuals are speckled. Juveniles are yellow with a black band which fades and disappears completely in adults.

Ability to spit venom: None.

Range: Southern eastern and central Namibia.They occur throughout Southern Namibia. They are absent from the Windhoek area, however there are records from Usakos, Uis, Karibib and even the Swakop river. 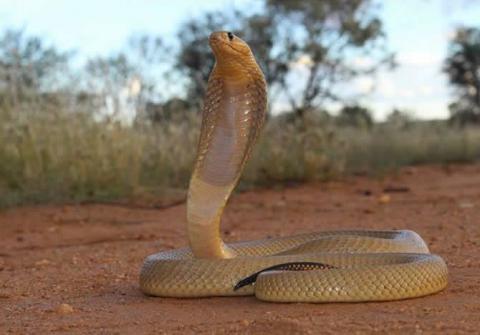 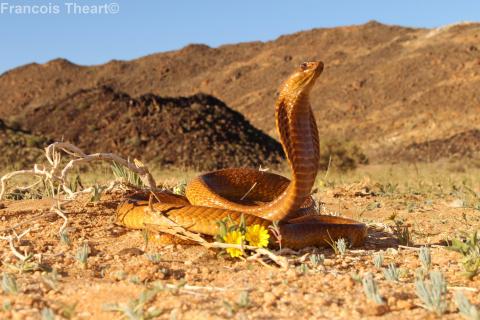 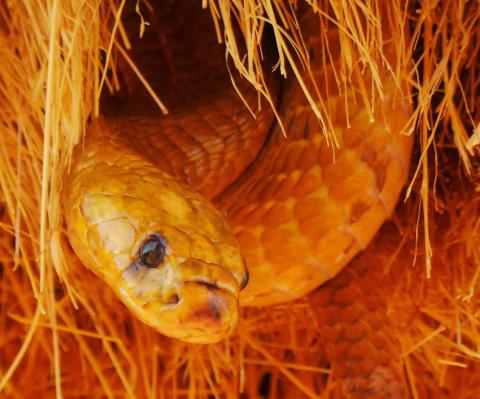