Size: This is the largest cobra in Namibia, growing up 2.5m in length.

Habits: Mainly active late afternoon or early evening. Like most it will flee when provided with the opportunity, however, when provoked it will spread a broad impressive hood. This cobra does NOT spit!

This is Namibia's largest cobra and is a non-spitter. The head is pointed and hardly distinct from the rest of the body. Juveniles are yellow above and below and a broad black band encircles the neck. Adults darken to light or darkish brown as they age. A banded variation also occurs with broad black and yellow bands.

This is a crepuscular snake (more active late afternoon and early morning - twilight hours). It feeds on a variety of amphibians, small mammals and other reptiles and is often encountered in or around a source of water.

They are highly venomous, however these are very shy snakes and bites are very rare. 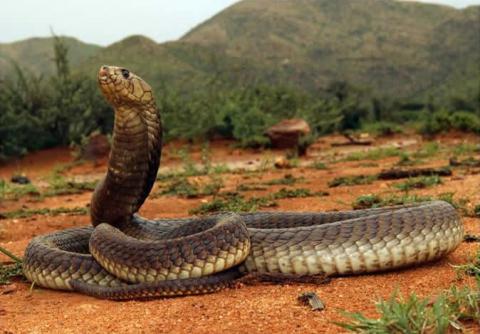 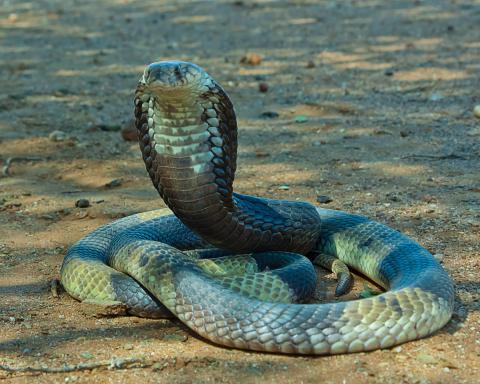 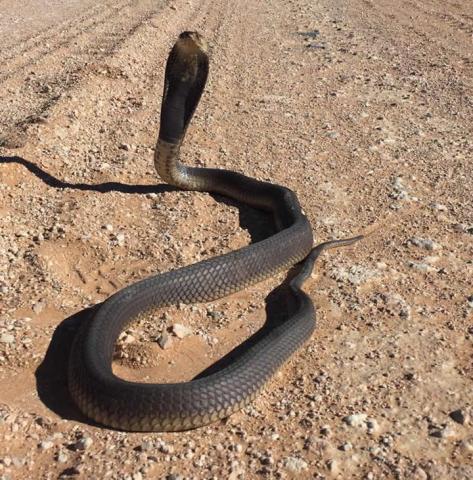 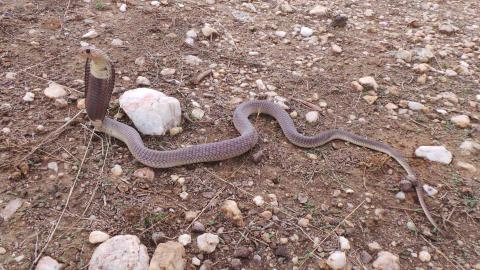 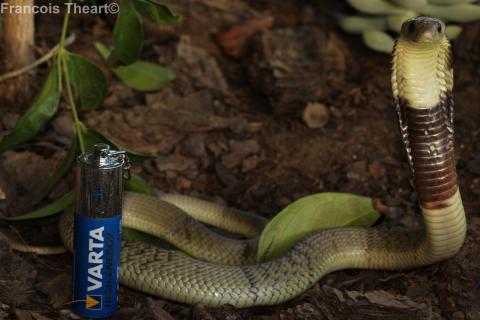