Oates' Twig Snake, or Vine Snake, is a very slender arboreal snake which occurs in north eastern and north western Namibia. They are cryptically coloured and difficult to detect, favouring low shrubs, bushes and dead tree stumps where they resemble twigs or branches. The head is spear shaped with a keyhole shaped pupil. Average length is 80cm-120cm.

If threatened it will inflate the first half of its body and strike out.

They possess a potent haemotoxic, however bites are rare. 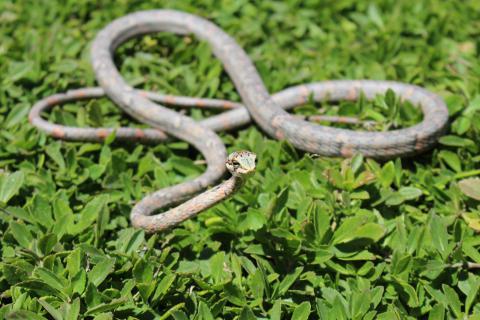 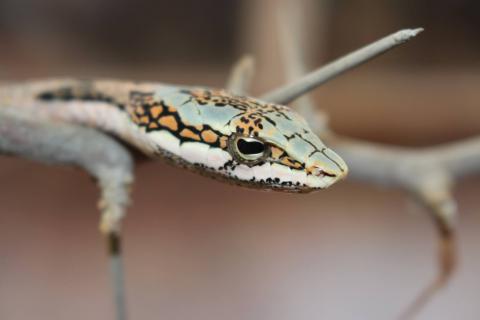 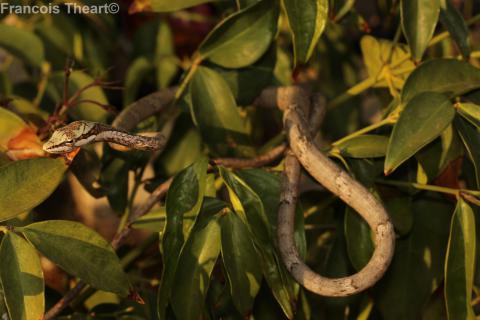