Spotted Bush Snake (or Variegated Bush Snake) is harmless but is often mistaken for some of our venomous species. It spends most of its time in low hanging shrubs where it hunts for lizards. The front half of the body is usually green with a series of black stripes while the second half of the body is brown in colour with no markings. The head is small, the eyes have a golden yellow iris and the tongue is blue. When threatened they will inflate their throat and strike out repeatedly. 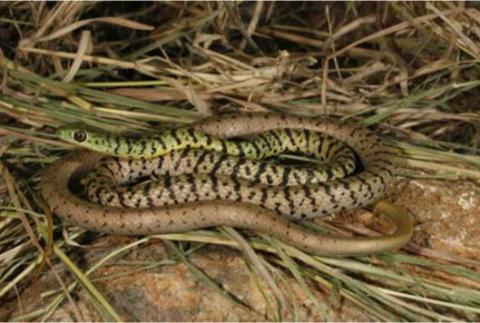 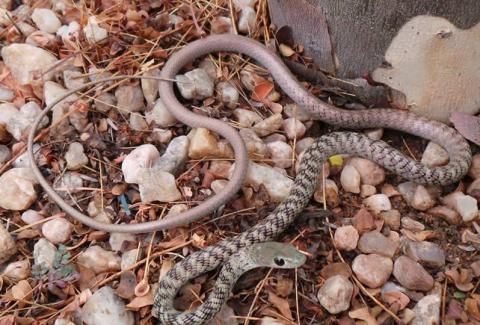 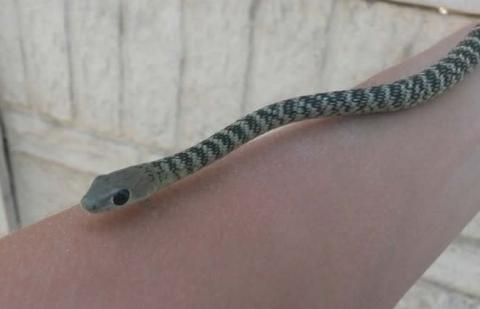